Ravshan Barotov and Oksana Vyalkova, power engineers at Yuzhnouralskaya GRES, took the gold in the doubles’ competition. Their Kaliningrad colleagues Sergey Streltsov and Maria Kotikova ranked the second, while Vyacheslav Bodunov and Irina Bublik from Nizhnevartovsk came third. The teams ranked in the same way, with the cup won by the team of Yuzhnouralskaya GRES.

Ravshan Barotov calls himself a veteran of the tournament. He has been representing Yuzhnouralskaya GRES in corporate competitions since the their inception.

- I have been professionally involved in tennis since childhood, now I try not to lose my skills. Apart from my job at the power plant, I work part-time as a coach, training young people. One of my students is a member of the national team.

This is the third time I have come to Kaliningrad in nine years. I want to praise the excellent management of the tournament. The venue, the refereeing, everything is always at the top level. We come here to enjoy the game, to socialize, and to find new friends. With so much experience, I don’t feel uneasy about the results anymore.

I would like to thank the management of Yuzhnouralskaya GRES and the trade union for supporting this sport. The company always helps a lot with the preparations, thus enabling our high performance.

The annual open table tennis tournament is dedicated to the memory of Vladimir Khudyakov, director of Kharanorskaya GRES. The guest of honor of the event was his widow, Tamara Alekseyevna Khudyakova.

This was the third time the event was held in Kaliningrad. The contest participants who came from various regions of the country had a city tour. They saw Kant Island, took a boat ride on the Pregolya River, and visited Fort No. 11 Dönhoff, one of the fifteen main fortifications of Königsberg built in 1877–1881. 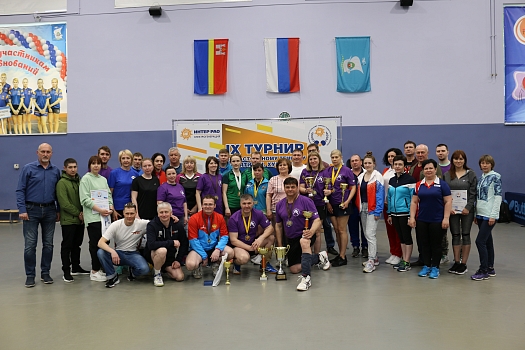 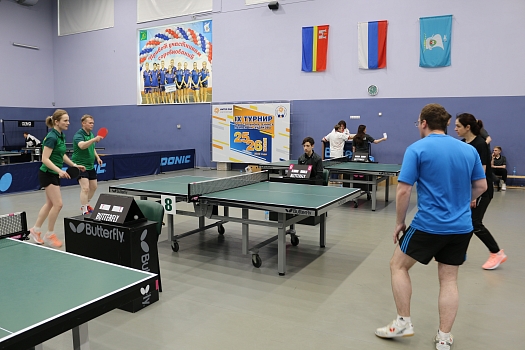