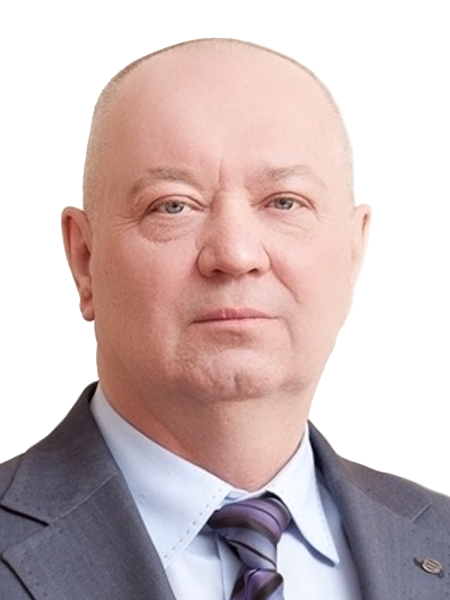 Chelyabinsk Institute of Mechanization and Electrofication.

1989–2000: head of the boiler shop at the South Urals State District Power Plant.

2005: Honored Employee of UES of Russia.

2009: Commendation diploma from the Ministry of Energy of Russia.

2010: the 90th anniversary of the Electrofication Plan badge.

2013: Letter of thanks from the chair of the management board of OAO INTER RAO.

2016: Commendation diploma from the head of the Southern Urals urban district.